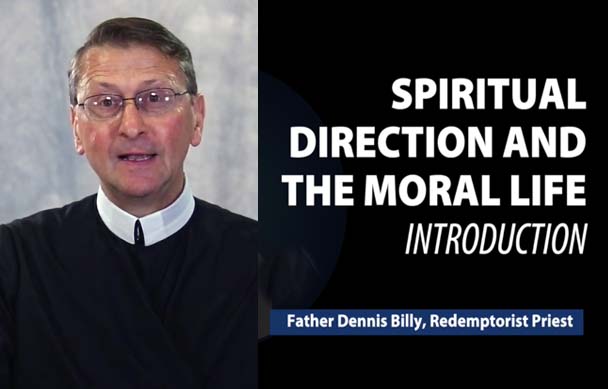 Scala News, the online publication of the Redemptorists Inernational, announced this week the release of Finding Our Way to God, a series which includes both video and a book by Redemptorist Father Dennis Billy. Scala calls it “a significant resource for Alphonsian spirituality and Spiritual Direction.”

A few years ago, Father Dennis Billy, C.Ss.R., received a Templeton World Charity Foundation grant to explore the topic of Spiritual Direction and the Moral Life. Finding Our Way to God is the result of his explorations. The work builds on St. Alphonsus’ approach to mental prayer and adapts it to the spiritual direction process.

The series deals with the relationship between spiritual direction and the moral life. It comes out of the Catholic tradition, more specifically, from the moral and spiritual mindset of St. Alphonsus de Liguori, doctor of the Church, patron saint of confessors and moral theologians, and the founder of the Congregation of the Most Holy Redeemer. It does not claim to be an exhaustive treatment of either spiritual direction or the moral life. Its purpose is to examine the relationship between the two and, in the spirit of Alphonsus, do so in a way that is simple, practical, pastoral, focused on the poor and marginalized, and easy to implement. It wishes to make sound spiritual direction accessible to as many people as possible and to offer it across boundaries that, more often than not, have kept people apart, rather than united. It is a practical primer for an approach to spiritual direction that looks to the future by reflecting on the past and learning how both impinge upon the decisions of the present.